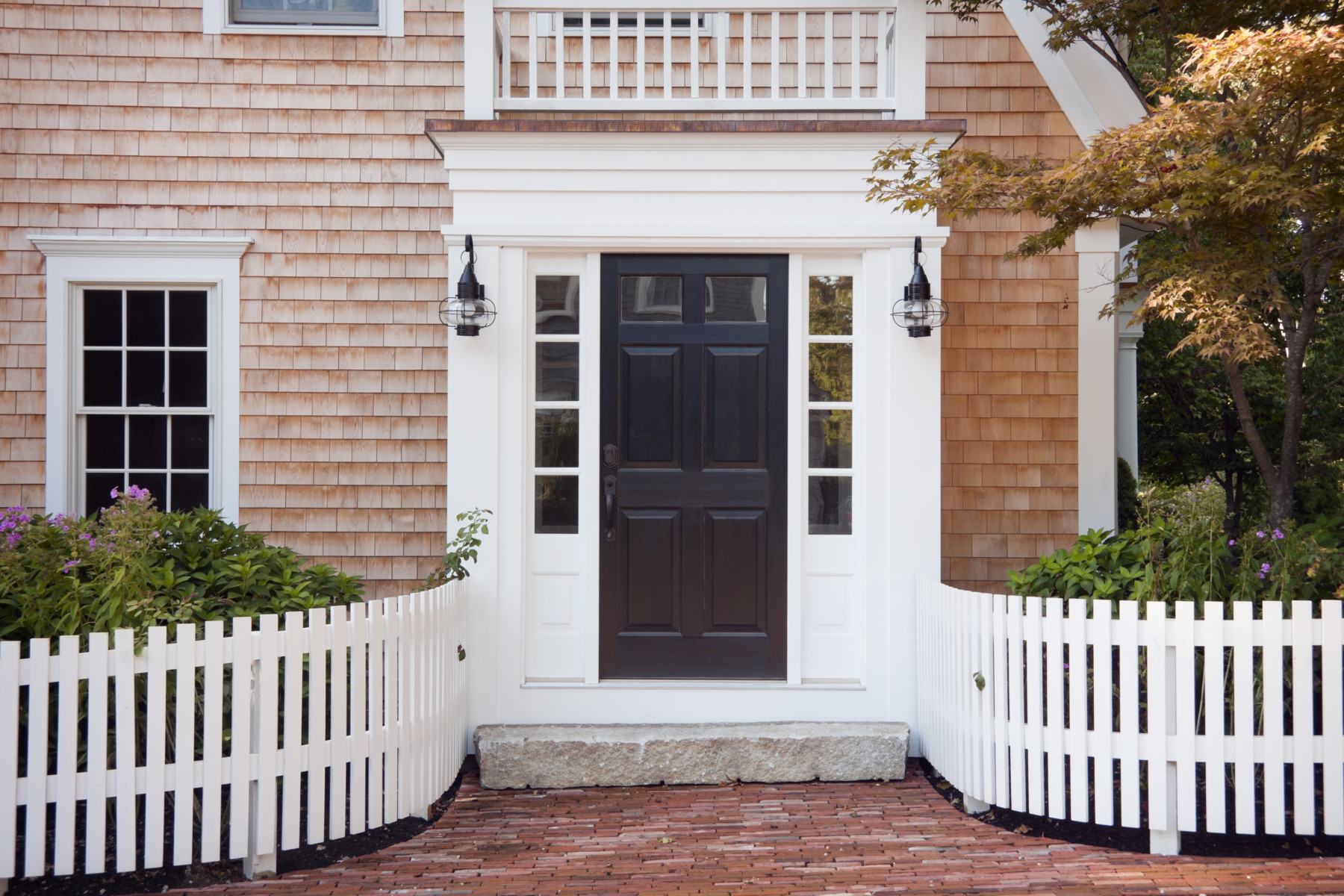 In the market for a new home on Long Island? One of the first moves to make is landing on the right house style. The right style for your next home hinges on your unique needs, your personal taste, and your budget. And with a little history on the eight most popular house styles on Long Island, you can embark on your next house hunting adventure with an end-goal in sight backed by a good sense of direction. It’s hard to find the perfect house style. But sometimes, the perfect house style has a way of finding you.

The main characteristic of a Ranch is one level of living space. This modest one-story house style also features a low-to-the-ground, horizontal profile, a low-pitched roof with wide, overhanging eaves, and—in most cases—an L- or U-shaped layout surrounding a backyard patio.

The ground-level Ranch accommodates a unique indoor/outdoor lifestyle. Easy access to the back patio via a sliding glass door—without stepping down or walking through a porch—marks the first of two highly common features. (The second is a large picture window on the front of the house looking into the living room.)

The simply built Ranch makes customization a breeze, appealing to homeowners favoring both traditional and modern style. However, the typical Ranch emphasizes a modern, casual lifestyle in an open layout featuring an eat-in kitchen ready for whole-family quality time. An attached garage or carport is the icing on the cake.

Expect to find wood paneling instead of wallpaper, room dividers instead of interior walls, and a contemporary exterior instead of steep roofs, dormer windows, and porches. Options range from expanded Ranch homes with extra rooms to the Farm Ranch with a main-level master bedroom and additional bedrooms and bathrooms on the upper.

Built with two levels and usually, an attic, the typical Colonial features a center hall entry with a staircase. Expect to find a kitchen, dining room, living room, den, and half bath on the main floor and three or more bedrooms and one or more bathrooms nestled up the stairs. A basement is a crap shoot—the house could have one or not.

Built simply, rectangular, and symmetrical, Colonials feature steep, side-gabled roofs where the triangular portion is visible from the sides and the shingles are visible from the front. The view from the street also showcases a centered front door with the same number of small, multi-paned windows on either side or above.

Traditionally built with wood and stone—two of the limited materials available to builders at the time—this home style is often one room deep and two or three rooms wide, featuring either one massive, central fireplace or multiple fireplaces at both ends.

Despite its plain disposition, the Colonial boasts an honest and earnest expression of detail and form. The overall look hinges more on the size and proportions of the roof than architectural detailing or ornament. Oversized glass door and window openings give the versatile home style the power to feel equally minimalist modern and traditional and historic.

A High Ranch features a few steps leading up into a foyer and then a small landing. The entry is midway between two floors with steps going up and down. Walk up the steps to a living room, an L-shaped dining room, eat-in-kitchen, three or more bedrooms, and one or more bathrooms. Walk down the steps to a family room, an additional bedroom or bathroom, utility room, a door to an attached garage, and a sliding glass door to the backyard.

The constant stair climbing can depress the resale value of a High Ranch. However, buyers in the market for an economical home can gravitate towards this house style, especially one located in an established neighborhood with mature landscaping.

Built with three or more levels and four or more steps up or down to each level, the standard Split-Level house features an entrance at the ground level with a living room, dining room, and eat-in-kitchen. Expect to find a den and half bathroom on the lower level and three or more bedrooms and additional bathrooms up from the main level.

Split-Level homes feature low-pitched roofs, integrated garages, large living areas, multiple attics with storage space, and double-hung windows with a large picture window. The Side Split—the most common Split-Level home, also depicted in The Brady Bunch TV series—features multiple levels visible from the front, bedrooms above the garage on one side, and the main living area on the other side.

The Back-Split home is similar but features one level visible from the front and two levels visible from the back. The Stacked-Split home—known for having four of five levels and flights of stairs—adds a basement or informal living area with the bedrooms stacked on top of the kitchen and dining room. Either variation is affordable in our Long Island market which favors a large supply and low demand for Split-Level homes.

Affordable and popular in the 1950s, the Cape fueled a boom in inexpensive starter homes. Its signature pitched “A” line ceilings in the upper level bedrooms—and sometimes one or two bedrooms on the main level—remains popular to this day.

The Half-Cape—the starter home of its time—features a front door on one side with two multi-paned glass windows on the other. Settlers built additions as their families grew until the home transformed into a three-quarter Cape —also known as a Single Cape—which adds one multi-paned window on the other side of the front door. The Single Cape led the pack of popular house styles in the 18th and early-19th centuries.

The Full Cape, also known as the Double Cape, features a steep roof, massive chimney, and central front door with two multi-paned windows placed symmetrically on either side. Although rare among early settlers—reserved only for the wealthiest—the Full Cape is the more common Cape style among homeowners today.

Contemporary architecture is not the same as modern architecture, which embraces clean lines and stark minimalism in a style popularized from the 1920s to 1950s. However, Contemporary homes do have modern flair. The house style broke the mold by borrowing from its predecessor—modern design—rather than follow suit with history by creating an architectural style completely opposite from the one before.

The Contemporary home borrowed clean, simple lines and a connection to the outdoors from the modern home. The first style to pick and choose characteristics for an innovative emphasis on individuality, Contemporary style empowered homeowners with the freedom to design with architectural conventions aside. Hence the reason the house style is expected to stick around for the long haul.

The second cousin through the marriage of the Ranch and Split Level, the Splanch is a three-level house that features a living room separated in-between the first and third levels. The main entry includes an eat-in-kitchen, dining room, den, and half bath, while the third level houses the bedrooms. And most Splanches feature a small basement with a laundry area.

A Long Island favorite in the 1960s, the otherwise uncommon house style does exist elsewhere. However, most people outside of New York have never heard of a Splanch.

A style that emerged in the 1960s, Post Modern homes are Ranches and Colonials that combine new ideas with traditional forms. The current Long Island favorite—available in many shapes and sizes—is mostly found in the newer homes on the market today.

Buy or sell a home with Team Rita on your side.

Ready to buy or sell a home on Long Island? Our real estate agents are here to help with expert advice, practical knowledge, and real-world experience from both sides of the real estate transaction. Become a client and discover the reason Team Rita ranks as the #1 RE/MAX Team on Long Island.

Finding a satisfying and enjoyable place to live, work, and raise a family—with a little extra...

In a surprising turn of events the Long Island Press calls The Great Migration, surges of New...

Most first-time home buyers are surprised to learn just how much can go wrong within the seemingly... 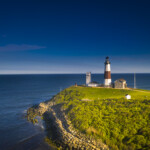 Finding a satisfying and enjoyable place... 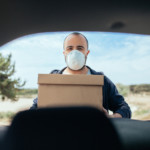 In a surprising turn of events... 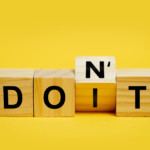 Most first-time home buyers are surprised... 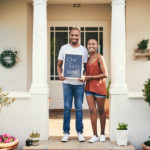 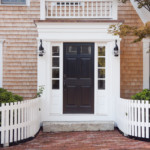